His Holiness Late Sri Duradundeeshwar Shivayogi was a 17th century great saint who established great heritage of devotion. Swamiji dedicated his whole life for betterment of the society. Shivalingeshwar was his first name. He was a Balayogi (Young Monk) who travelled and meditated for several years in the caves of Himalaya. Soon after visited Dhaphalapur of Sangli District as per directives he received during meditation. He was a great yogi who had acquired super natural powers.

He took shelter at the Ashram of Swami Gurulingeshwar in Dhaphalapur for about two years and sought his blessings and Guru Diksha (Initiation). As per the directions of the Guru he decided to visit different places to guide and advise people.

After visiting many villages he arrived at Duradundi village of Gokak Taluka in Karnataka and approached the Nayak (Head & Landlord) of the village to offer his services as caretaker of cows. One day to the surprise of everyone he made a jet of water to spring out of ground by just punching the ground with his stick to make water available for the thirsty cows. This news spread like wildfire in all the neighboring villages and people started gathering at the spot to witness the miracle. This made people believe that Swamiji was a yogi with super human powers.

Once the Swamiji was in deep meditation on the bank of water stream and was undisturbed even when the kids poured mud & sand on his body. Suddenly heavy rain started and resulted in flood, people thought that the swamiji had flown in stormy water. After three days when the level of water subsided people went to the bank of stream and found the swamiji sitting unshaken and there were no traces of effect of flood on his body. This made people believe in the super natural and super human powers of the swamiji and started pouring in hundreds for his darshan and guidance. People renamed him as Swami Duradundeeshwar after the name of the village Duradundi. Villagers constructed a mutt after his new name.

Because of huge human crowd rushing at him the swamiji thought it better to leave the place and shifted to nearby village Arabhavi. He stayed there for two years and during which people from all walks of life started visting Arabhavi for his sacred Darshana. A mutt was constructed at Arabhavi. After sometime Swamiji decided to travel for upliftment of the society. 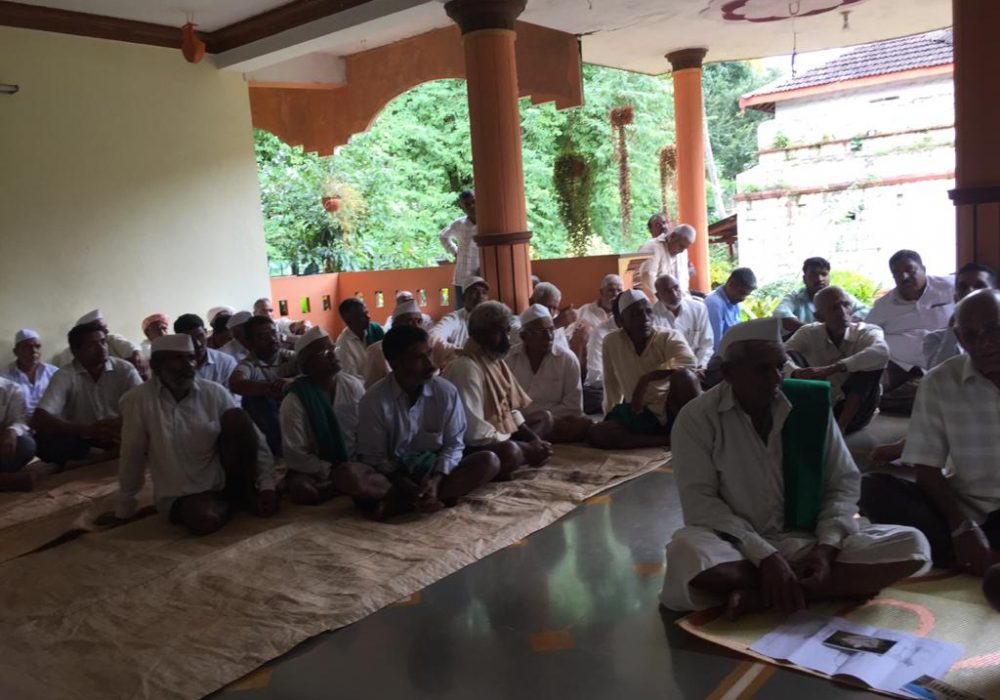 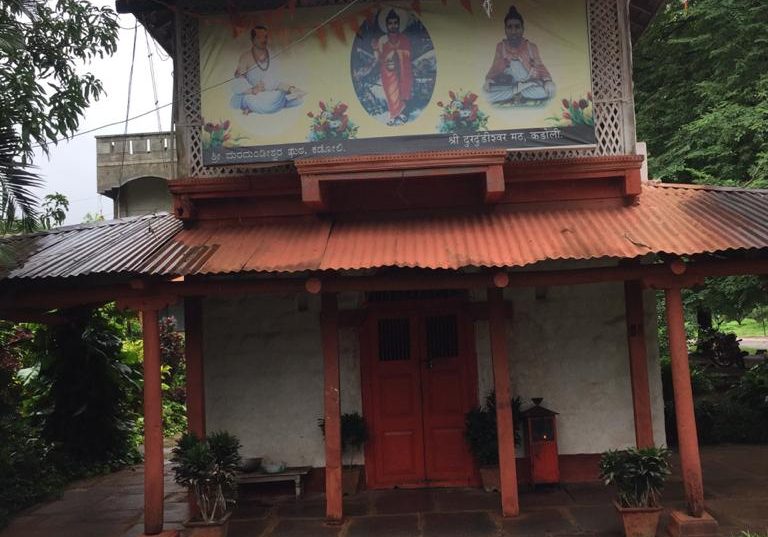 One day swamiji left Arabhavi and reached Kadoli, the village in the outskirts of Belagavi and practiced Penance (anusthan) in the forest area. People of Kadoli came to know about the arrival of swamiji and his super natural powers. People started visiting him for seeking solutions to their individual and collective problems. Even the Maharaja of Kolhapur had sought the blessing of Swamiji for Son offspring (Putra Santan). Soon a mutt was constructed for swamiji at Kadoli and was named after him as Durdundeeshwar mutt.

Swamiji stood like a rock protecting everybody during their time of difficulties and helplessness. Be it flood, draught, issueless, problem with cattle, sickness, hunger and poverty, swamiji was always ready with his helping hand. He used to understand the difficulties of the people just looking at them.

The mutt at Kadoli was constructed around 300 years ago and it is being maintained even now with all religious rituals and functions under the guidance of Present seer  Gurubasavaling Swamiji.